Once again the showdown was upon us, we had rebuilt the 16 valve turbo mini engine, and after finding a couple of problem areas we were confident of a good result.

This year we had decided to abandon the road going turbo class, and fit slicks with the aim to have a crack at the acceleration record set by ourselves way back in 1999 in our super lightweight nitrous assisted car.

For those unfamiliar with such records, Carl Austin, the founder of Force racing wheels, piloted his 1293cc five port mini to a 1/4 mile time of 11.72 seconds at 114.5mph.

So back to the showdown and saturday practice, our test driver Tom Fenton was under instructions to give the newly built engine a gentle pass or two before turning the anti up. Unfortunately for the owner of the car [me] he ignored said instructions and went balls out so to speak form the first run, netting a time of 11.96 seconds on the turbo alone, and still with boost set at one bar. He immediately joined a very exclusive club of 11 second front wheel drive mini drivers, and even more exclusive if you count A series powered cars.

Run three saw us use a very small dash of nitrous in only third and top gear, enough to propel Tom to a blisteringly quick time of 11.80 at 123.5 mph, only eight hundreths off the record. Tom also suffered a drama as the throttle jammed open as he crossed the line with the engine bouncing off the rev limiter at 9200 rpm.

Unfortunately that run pushed the already damaged and stressed head past breaking point as Tom felt a misfire on boost on his first run on sunday morning during competititon. On inspection we discovered water in cyl two. We don't suspect the jammed throttle to be the culprit as the engine has handled these revs with no problems over the last three years.

Game over, car on trailer and homeward bound, we have yet to assess the problem but suspect a crack in the head over head gasket failure.

On a positive note no other car in the class came anywhere near the time set by Tom on the Saturday practice session.

We acknowledge that to win, first you have to finish, but the power and weight of this car makes it almost unbeatable, reinforcing our belief that you can have all the exaggerated claimed hp in the world, but if you are pushing a heavy car, you will always struggle. 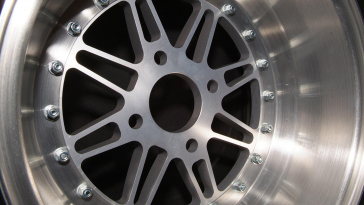 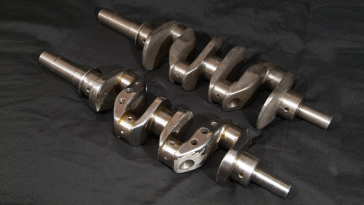